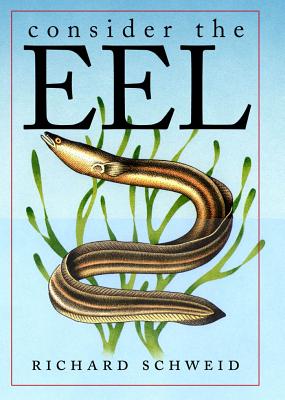 Journalist Richard Schweid first learned the strange facts of the freshwater eel's life from a fisherman in a small Spanish town just south of Valencia. "The eeler who explained the animal's life cycle to me did so as he served up an eel he had just taken from a trap, killed, cleaned, and cooked in olive oil in an earthenware dish," writes Schweid. "I ate it with a chunk of fresh, crusty bread. It was delicious. I was immediately fascinated."

As this engaging culinary and natural history reveals, the humble eel is indeed an amazing creature. Every European and American eel begins its life in the Sargasso Sea--a vast, weedy stretch of deep Atlantic waters between Bermuda and the Azores. Larval eels drift for up to three years until they reach the rivers of North America or Europe, where they mature and live as long as two decades before returning to the Sargasso to mate and die. Eels have never been bred successfully in captivity.

Consulting fisherfolk, cooks, and scientists, Schweid takes the reader on a global tour to reveal the economic and gastronomic importance of eel in places such as eastern North Carolina, Spain, Northern Ireland, England, and Japan. (While this rich yet mild-tasting fish has virtually disappeared from U.S. tables, over $2 billion worth of eel is still eagerly consumed in Europe and Asia each year.) The book also includes recipes, both historic and contemporary, for preparing eel.