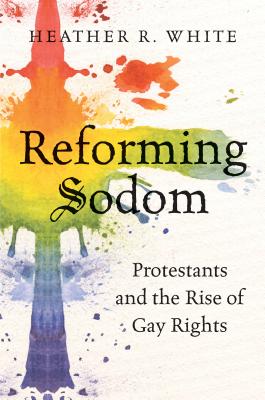 Protestants and the Rise of Gay Rights

With a focus on mainline Protestants and gay rights activists in the twentieth century, Heather R. White challenges the usual picture of perennial adversaries with a new narrative about America's religious and sexual past. White argues that today's antigay Christian traditions originated in the 1920s when a group of liberal Protestants began to incorporate psychiatry and psychotherapy into Christian teaching. A new therapeutic orthodoxy, influenced by modern medicine, celebrated heterosexuality as God-given and advocated a compassionate cure for homosexuality.

White traces the unanticipated consequences as the therapeutic model, gaining popularity after World War II, spurred mainline church leaders to take a critical stance toward rampant antihomosexual discrimination. By the 1960s, a vanguard of clergy began to advocate for homosexual rights. White highlights the continued importance of this religious support to the consolidating gay and lesbian movement. However, the ultimate irony of the therapeutic orthodoxy's legacy was its adoption, beginning in the 1970s, by the Christian Right, which embraced it as an age-old tradition to which Americans should return. On a broader level, White challenges the assumed secularization narrative in LGBT progress by recovering the forgotten history of liberal Protestants' role on both sides of the debates over orthodoxy and sexual identity.