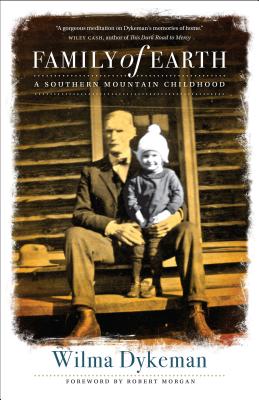 Discovered as a typewritten manuscript only after her death in 2006, Family of Earth allows us to see into the young mind of author and Appalachian native Wilma Dykeman (1920-2006), who would become one of the American South's most prolific and storied writers. Focusing on her childhood in Buncombe County, Dykeman reveals a perceptive and sophisticated understanding of human nature, the environment, and social justice. And yet, for her words' remarkable polish, her voice still resonates as raw and vital. Against the backdrop of early twentieth-century life in Asheville, she chronicles the touching, at times harrowing, story of her family's fortunes, plotting their rise and fall in uncertain economic times and ending with her father's sudden death in 1934 when she was fourteen years old.

Wilma Dykeman (1920-2006) was a novelist, historian, journalist, educator, speaker, and environmentalist who pioneered in the areas of water pollution, civil rights, oral history, Appalachian studies, and the empowerment of women.
Loading...
or support indie stores by buying on