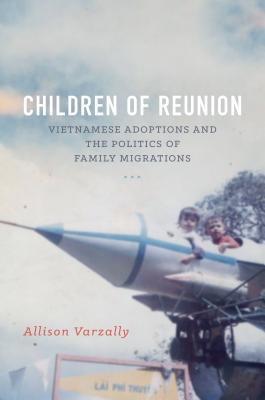 Vietnamese Adoptions and the Politics of Family Migrations

In 1961, the U.S. government established the first formalized provisions for intercountry adoption just as it was expanding America's involvement with Vietnam. Adoption became an increasingly important portal of entry into American society for Vietnamese and Amerasian children, raising questions about the United States' obligations to refugees and the nature of the family during an era of heightened anxiety about U.S. global interventions. Whether adopting or favoring the migration of multiracial individuals, Americans believed their norms and material comforts would salve the wounds of a divisive war. However, Vietnamese migrants challenged these efforts of reconciliation.

As Allison Varzally details in this book, a desire to redeem defeat in Vietnam, faith in the nuclear family, and commitment to capitalism guided American efforts on behalf of Vietnamese youths. By tracing the stories of Vietnamese migrants, however, Varzally reveals that while many had accepted separations as a painful strategy for survival in the midst of war, most sought, and some eventually found, reunion with their kin. This book makes clear the role of adult adoptees in Vietnamese and American debates about the forms, privileges, and duties of families, and places Vietnamese children at the center of American and Vietnamese efforts to assign responsibility and find peace in the aftermath of conflict.