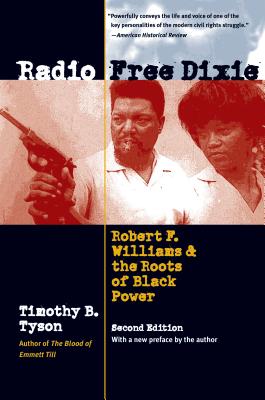 Robert F. Williams and the Roots of Black Power

This classic book tells the remarkable story of Robert F. Williams (1925-1996), one of the most influential black activists of the generation that toppled Jim Crow and forever altered the arc of American history. In the late 1950s, Williams, as president of the Monroe, North Carolina, branch of the NAACP, and his followers used machine guns, dynamite, and Molotov cocktails to confront Klan terrorists. Advocating armed self-reliance, Williams challenged not only white supremacists but also Martin Luther King Jr. and the civil rights establishment. Forced to flee during the 1960s to Cuba--where he broadcast Radio Free Dixie, a program of black politics and music that could be heard as far away as Los Angeles and New York City--and then to China, Williams remained a controversial figure for the rest of his life.