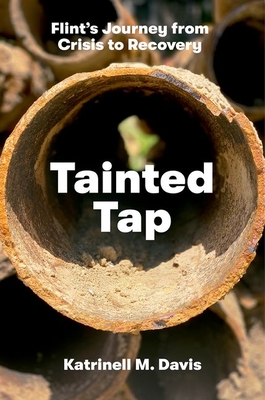 Flint's Journey from Crisis to Recovery

After a cascade of failures left residents of Flint, Michigan, without a reliable and affordable supply of safe drinking water, citizens spent years demanding action from their city and state officials. Complaints from the city's predominantly African American residents were ignored until independent researchers confirmed dangerously elevated blood lead levels among Flint children and in the city's tap water. Despite a 2017 federal court ruling in favor of Flint residents who had demanded mitigation, those efforts have been incomplete at best.

Assessing the challenges that community groups faced in their attempts to advocate for improved living conditions, Tainted Tap offers a rich analysis of conditions and constraints that created the Flint water crisis. Katrinell Davis contextualizes the crisis in Flint's long and troubled history of delivering essential services, the consequences of regional water-management politics, and other forms of systemic neglect that impacted the working-class community's health and well-being. Using ethnographic and empirical evidence from a range of sources, Davis also sheds light on the forms of community action that have brought needed changes to this underserved community.