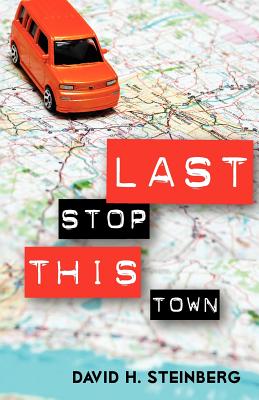 The debut novel from "American Pie" series screenwriter David H. Steinberg. It's the last weekend before high school graduation, and as they prepare to go their separate ways, four life-long friends spend a wild and raucous night in New York City that forces them to face their fear of growing up... and growing apart. West Hartford, Connecticut. Growing up in the suburbs is a mind-numbingly boring experience for most teenagers, and high school seniors Dylan, Noah, Pike, and Walker are no exception. They spend their days racing in High Speed Tests of the local residential streets, bribing homeless dudes to buy them beer, and signing yearbooks at crappy house parties. So when Dylan proposes that they spend their last weekend of high school in New York City attending an underground rave, the guys are ready to make some serious memories. In New York, though, the guys have run-ins with a drug dealer with a penchant for fire extinguishers, a karmic Chinese restaurant owner, an Albanian street gang, con men, hookers, performance artists, three gun-toting impound lot guys, and a gaggle of hot, degenerate, rich girls. Their outrageous journey over the course of one night gives the guys a bonding experience they'll never forget, as they learn that part of growing up means they're going to have to face their futures on their own.

David H. Steinberg is the screenwriter of the cult classic movie Slackers, National Lampoon's Barely Legal, and several films in the American Pie series. He grew up in West Hartford, Connecticut, entered Yale at age 16, and earned his law degree from Duke, where he served as editor-in-chief of the law review. He practiced law for four years before abandoning his legal career to attend the USC School of Cinema-Television. Steinberg has written extensively for film and television. Last Stop This Town is his first novel.
Loading...
or support indie stores by buying on