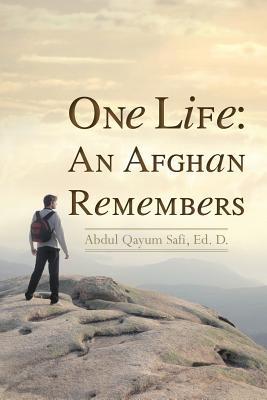 The eldest of ten children, Safi is forced to survive on very little while living in an extremely traditional and conservative society. His road isn't easy from the beginning, having moved from Pech due to war and starting over with his family in his parents' home village. Although he encounters numerous setbacks, Safi never gives up on his search for a better life. When Safi earns a number of scholarships due to his academic excellence, his travels bring him to different locations, cultures and opportunities. After attending a boarding school in Kabul, he travels to Lebanon and the United States, where he earns a doctorate degree from an Ivy League university. Despite several bumps in the road, Safi finally finds himself in the family life and career that he always wanted. Inspired by the Pashto saying, "No matter where a person goes, he always comes back to the children of his ancestors," a special bank account has been established so profits from the book's sales will benefit a girls' high school in Khas Kunar, Afghanistan. Meant to be an inspiring story of life and struggle, "One Life" offers readers an uplifting story of how perseverance and hard work don't fail in spite of the obstacles that may stand in the way. Having lived on hope for so long, Safi hopes his memoir brings hope to others who may need it in their times of struggle.

Abdul Qayum Safi was born in the valley of Pech; however, due to a breakout of war, his family had to relocate to his parents' home village, Tanar, Khas Kunar, Afghanistan. He received three scholarships from the United States Agency for International Development to study at the American University of Beirut in Lebanon and later at Teachers College, Columbia University, in New York City. He holds a doctorate in education from TCCU and has worked in Afghanistan, Kuwait and the United States. Safi has been married for 34 years and has three children and two grandchildren.
Loading...
or
Not Currently Available for Direct Purchase