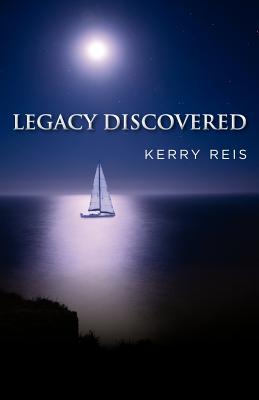 When they first met sixteen years ago, Ali was convinced she had found in Ryan a man who grew up like she did: as a foster care orphan. In college on the East Coast, the couple was young and in love so Ali did not think it strange when Ryan demanded that they quickly marry and immediately transfer to a Midwestern university to begin their life as newlyweds. They are now a poster for stable, middle-class marriages. Ryan has an independent law practice; Ali is an ER nurse. The couple has a daughter and a son in high school and middle school, respectively. Yet when Ryan leads a blockbuster case, teaming up with other lawyers to lead a class action suit against a toxic industrial development by billionaire Charles Barnett, all hell breaks loose. During the case discovery, Ali learns that Ryan is really the sole son and namesake of magnate Charles Barnett. "Ryan" faked his death by disappearing off his sailboat near the Massachusetts coast sixteen years ago. His real name is Charles Barnett Jr. and he faked his death to avoid the pressure of the family legacy and to marry Ali, who came from a lower social status. He took Ryan as his name, assuming the legal identity of a college roommate who died young. While shocking to all involved, Ali rises above the situation and uses her love for Ryan as the driving force to reunite the estranged father and son. Bit by bit, the family members put together the missing pieces of their lives. Ali learns how to reconcile her family to their new in-laws and the powerful society in which they live. She points the father and son on a path to a final redemption. This dramatic fiction of love and family is a story in the tradition of the classic 1970s film Love Story. Author Kerry Reis was inspired by the movie's premise of a wealthy scion turning his back on his family and their wealth in order to marry a woman from a poorer background. He even used the names Ryan and Ali in homage to Ryan O'Neal and Ali MacGraw, the lead actors in the original film. Though it is a love story, Legacy Discovered steers clear from being a romance novel and instead, delves into the dramatic weight of family secrets and the burdens of love. Ali must grapple with the fact that Ryan is not the same man she married two decades ago, not even his name. Ryan must realize that on some level, he will always be Charles Barnett Jr. and must make peace with a father he often despised. It's a story about how the secrets one man takes on for noble reasons will still come back to haunt him. Yet it also shows how the strength of love will reconnect families and provide redemption from the sins of the father. A searing novel that demonstrates the strength of love and the power of class to haunt our lives, Legacy Discovered is a moving meditation on how to redeem the past. As Ryan says to his teenage daughter, "Status does not determine character. Character determines status.

Kerry Reis was born in Oregon and grew up in Jacksonville, Florida. As an undergraduate, he attended the University of California at Los Angeles, where he graduated with a bachelor's in motion picture and television arts. He worked for ABC Television for twenty eight years and became the associate director of digital broadcast communications for the Disney ABC Television Group. He has travelled widely throughout the United States and Europe but currently lives in Los Angeles, California.
Loading...
or support indie stores by buying on