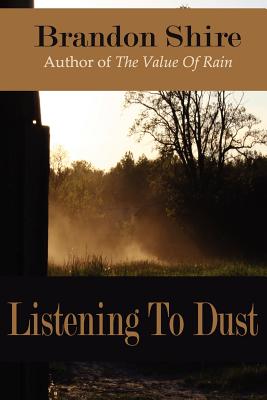 Murder touched Stephen Dobbins when he was a young boy and left him living in a void of aching loneliness. A chance meeting with a young American chased away the fear that he would always be alone and brought him the prospect of a new existence. Dustin Earl joined the military and escaped his small town Southern upbringing with the hope that he could give his mentally challenged brother a better life. But Dustin had never known real love, an honest hug, or a simple kiss. He considered his sexuality a weakness; a threat that had been used against those he cared about. For eight months their relationship blossomed until Dustin suddenly returned home. He cherished Stephen, but felt his responsibilities to his brother outweighed his own chance at happiness. Shattered, unable to function and unwilling to accept Dustin's departure, Stephen flew three thousand miles to get Dustin back and rekindle what they had. But what he would learn when he got there... he could never have imagined.

Brandon Shire is author of the stunning debut novel 'The Value Of Rain' which book bloggers chose as a Top Read of 2011 and Best of LGBTQ Fiction for 2011. Learn more about Brandon Shire and the LGBT Youth charities he supports at BrandonShire.com.
Loading...
or support indie stores by buying on