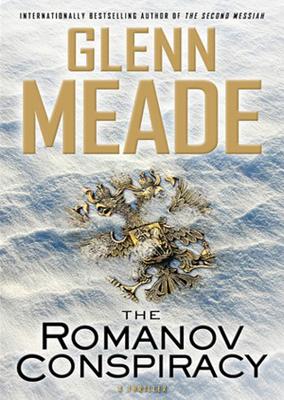 Sometimes mysteries are never solved. Sometimes there are no answers. But Dr. Laura Pavlov, an American forensic archaeologist, is about to unravel a mystery that promises to solve one of the twentieth century's greatest enigmas. Dr. Pavlov is a member of an international team digging on the outskirts of the present-day Russian city of Ekaterinburg, where the Romanov royal family was executed by their captors in July 1918. When Pavlov discovers two bodies perfectly preserved in permafrost in a disused mine shaft, they offer dramatic new clues to the disappearance of the Romanovs and, in particular, their famous daughter, Princess Anastasia, whose murder has always been shrouded in doubt. What Pavlov discovers is about to change the accepted course of world history and hurl her back into the past--and into a maelstrom of deceit, secrets, and lies. Based in part on historical fact, The Romanov Conspiracy is a high-tension story of trust and betrayal, of a fight between good and evil, and of love and friendship thwarted by war, all set against one of the most bloody and brutal revolutions in world history.
or
Not Currently Available for Direct Purchase
Copyright © 2020 American Booksellers Association