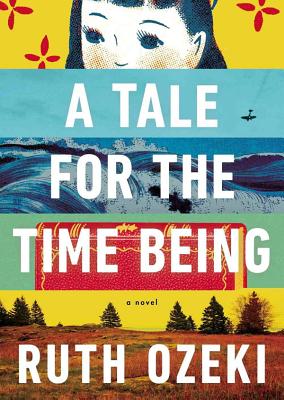 A Tale for the Time Being Lib/E

“Nao, a suicidal Japanese girl, postpones her death as she grows closer to her 104-year-old great-grandmother, a Buddhist nun. Ruth, an American author with writer's block, discovers a diary washed ashore on her remote island in the Pacific Northwest. Ruth becomes obsessed with Nao and her diary, and readers will be drawn in as their stories intertwine. Ozeki's creatively constructed novel, complete with footnotes, Japanese characters, and appendices, will have readers marveling at the leaps in time and connection that bring the two women together in this witty, daring, and thoughtful novel.”
— Cheryl Krocker McKeon, Book Passage, San Francisco, CA
View the List

A time being is someone who lives in time, and that means you, and me, and every one of us who is, or was, or ever will be.

In Tokyo, sixteen-year-old Nao has decided there's only one escape from her aching loneliness and her classmates' bullying. But before she ends it all, Nao plans to document the life of her great-grandmother, a Buddhist nun who's lived more than a century. A diary is Nao's only solace-and it will touch lives in ways she can scarcely imagine.

Across the Pacific, we meet Ruth, a novelist living on a remote island who discovers a collection of artifacts washed ashore in a Hello Kitty lunchbox-possibly debris from the devastating 2011 tsunami. As the mystery of its contents unfolds, Ruth is pulled into the past, into Nao's drama and unknown fate, and forward into her own future.

Full of Ozeki's signature humor and deeply engaged with the relationship between writer and reader, past and present, fact and fiction, quantum physics, history, and myth, A Tale for the Time Being is a brilliantly inventive, beguiling story of our shared humanity and the search for home.