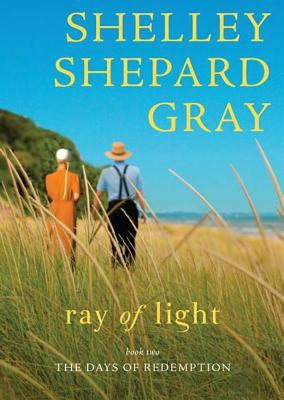 In book two of Shelley Shepard Gray's Days of Redemption series, Roman Keim falls for a young widow while visiting an Amish community in Florida. As he faces his return to Ohio, can he ever forget Amanda Yoder and her daughter? After all the uproar over his grandparents' secrets and his younger sister's engagement, Roman can't wait to head to Pinecraft, the Amish snowbird community in Florida. The warm weather is a welcome respite from the bleak Ohio winters, as is a week off from his family's drama. But the condominium next door is home to a young widow, Amanda, and her daughter, Regina, and it soon becomes apparent that there's something special brewing between Roman and Amanda. There's something attractive about Roman that Amanda can't deny. But in the two years since her husband died, she's never looked at another man. She certainly doesn't intend to get married again. As the week comes to a close, however, she knows she's given Roman part of her heart in spite of her attempt to remain distant. Regina seems to have fallen in love too.Is there hope for a second chance at love for Amanda, or will Roman return to Ohio and forget about the two sweet girls who have captured his heart?
or
Not Currently Available for Direct Purchase
Copyright © 2020 American Booksellers Association