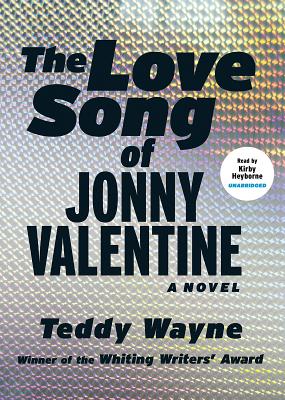 For fans of A Visit from the Goon Squad and Joyce Carol Oates' Blonde, here is a scathing and enthralling new novel about America's monstrous obsession with fame from the winner of a 2011 Whiting Writers' Award. Megastar Jonny Valentine, eleven-year-old icon of bubblegum pop, knows that the fans don't love him for who he is. His image, his voice, and even his hairdo have been packaged--by his LA label and by his hard-partying manager-mother--into bite-size pieces for easy digestion, sliding down the gullet of mass culture, the biggest appeal to the widest demographic. But somewhere inside the relentless marketing machine is still a little boy, devoted to his mother and determined to find his absent father among the countless, faceless fans--isn't there?A twisted, brilliant, and viciously funny coming-of-age story set inside corporate arenas and luxury hotel suites, Teddy Wayne's The Love Song of Jonny Valentine explores with devastating clarity the underbelly of fame in twenty-first-century America's celebrity culture, told through the eyes of one of the most unforgettable child narrators since Holden Caulfield. This novel is a literary masterpiece from the award-winning and critically acclaimed author of Kapitoil--one of the standout writers of his generation.