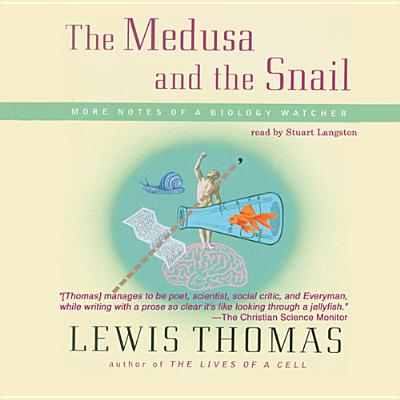 The Medusa and the Snail

Lewis Thomas has been said to be a philosopher who uses the language of biology. His fascinating observations on the quirkiness of the world's infinite creations causes listeners to ponder the workings of the cosmos through the most microscopic of life forms. The medusa, a tiny jellyfish that lives on the ventral surface of a sea slug found in the Bay of Naples, becomes a metaphor for eternal issues of life and death as Thomas further extends the exploration of man and his world which he began in The Lives of a Cell. Among the treasures in this magnificent book are essays on the human genius for making mistakes, on disease and natural death, on cloning, on warts, and on Montaigne, as well as an assessment of medical science and health care. In these essays and others, Thomas once again conveys his observations of the scientific world in his eloquent prose marked by wonder and wit.