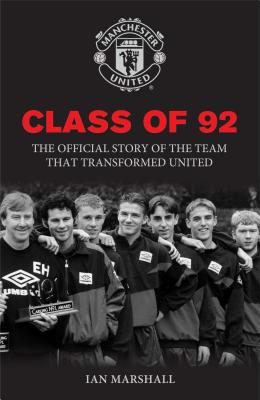 In May 1992, Fergie's Fledglings won the FA Youth Cup for the first time in a generation, since the era of George Best. David Beckham, Nicky Butt, Ryan Giggs, Gary Neville and Paul Scholes were all part of United's youth set-up in 1992 - by 2011, they had won 42 league title medals between them and all of them played a key role in United's famous Treble-winning side of 1999. Their achievements will surely never be matched. On the 20thAnniversary of their win, their story reveals how sometimes dreams really do come true.

Ian Marshall is a lifelong United fan, first visiting Old Trafford in 1973. A publisher for much of his career, he has worked with some of the greatest sporting personalities in the world, among them Eric Cantona. He is the author of "Official Manchester United Top Ten Book" and "Old Trafford: 100 Years at the Home of Manchester United."
Loading...
or
Not Currently Available for Direct Purchase