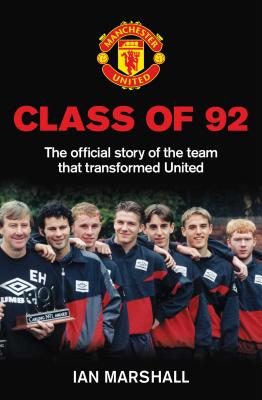 The remarkable story of the youth team that transformed Manchester United.

In the post-war era, Manchester United manager Matt Busby stated: 'If you want football's finest fruit, then you grow your own.' It was a principle that the club continues to follow to this day. But no side has had quite the impact of the 'Class of 92', the famous Youth Cup-winning side that featured David Beckham, Nicky Butt, Ryan Giggs, the Neville brothers and Paul Scholes among others, such as Keith Gillespie and Robbie Savage, who moved on elsewhere to achieve their dreams.

In this fascinating account of that legendary group of kids, Ian Marshall reveals the background to all the players who featured in the cup run, and explains how it was that they were moulded into a great team by manager Eric Harrison, before Sir Alex Ferguson inspired many of them to even greater triumphs, such as Champions League victories and Premier League titles. While the lives of Beckham and Giggs have been played out in the papers for more than 20 years, others disappeared from public view. Their stories are told, too: from the United player who kept his support for Liverpool quiet from his team-mates, to the boy who was tipped to be a star but now turns out for his church team, we learn what it is that makes the real difference between the very best and all the rest.