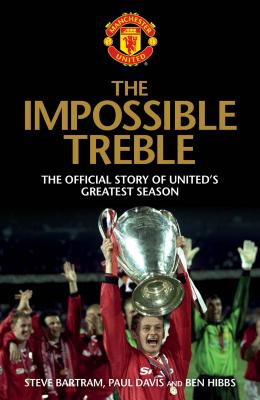 Who can forget the FA Cup semi-final against reigning Double winners Arsenal, when Ryan Giggs scored an amazing solo effort in extra time to see his team through to Wembley? Then there was United's stunning last-day triumph to take the Premier League title. Has there ever been a greater captain's performance than the Roy Keane-inspired comeback against Juventus that took United to the Champions League final? And, of course, the final itself was the ultimate in footballing fairytales, as the Reds scored two goals in added time to snatch the trophy from Bayern Munich. No wonder the 1998-99 season still excites United fans everywhere.

It was a story just waiting to be told in depth for the first time ever. Now, in this comprehensive account of that unique campaign, the authors have spoken to the players, the backroom staff and the fans to discover just what it was like to be a part of it all. The Impossible Trebletells the story from the inside, with players recalling the key moments that defined a season and created a legacy that lives on to this day. It was football drama at its best; this is football writing at its most compelling.

Steve Bartram is a regular writer for manutd.com and for United Review.  He is the co-author of Behind the Scenes at Manchester and The Story of Our Season 2009-2010

PAUL DAVIES is Director of the Beyond Center at Arizona State University and the bestselling author of more than twenty books. He won the 1995 Templeton Prize for his work on the deeper meaning of science. His books include About Time, The Fifth Miracle, and The Mind of God.
Loading...
or
Not Currently Available for Direct Purchase