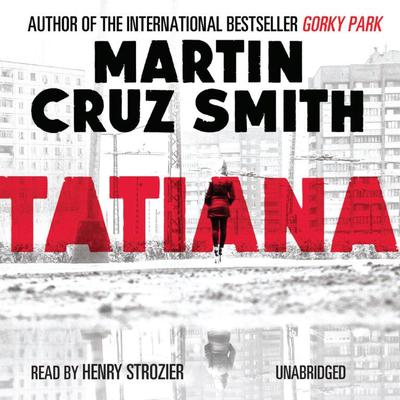 Don't miss the latest book in the Arkady Renko series, THE SIBERIAN DILEMMA by Martin Cruz Smith, ‘the master of the international thriller’ (New York Times) – available to order now!

'Makes tension rise through the page like a shark's fin’ Independent
***
When the brilliant and fearless young reporter Tatiana Petrovna falls to her death from a sixth-floor window in Moscow in the same week that notorious mob billionaire Grisha Grigorenko is shot in the back of the head, Renko finds himself on the trail of a mystery as complex and dangerous as modern Russia itself. The body of an elite government translator shows up on the sand dunes of Kalingrad: killed for nothing but a cryptic notebook filled with symbols.

A frantic hunt begins to locate and decipher this notebook. In a fast-changing and lethal race to uncover what this translator knew, and how he planned to reveal it to the world, Renko makes a startling discovery that propels him deeper into Tatiana's past - and, at the same time, paradoxically, into Russia's future.

‘Cleverly and intelligently told, The Girl from Venice is a truly riveting tale of love, mystery and rampant danger. I loved it’  Kate Furnivall, author of The Liberation

‘Smith not only constructs grittily realistic plots, he also has a gift for characterisation of which most thriller writers can only dream' Mail on Sunday