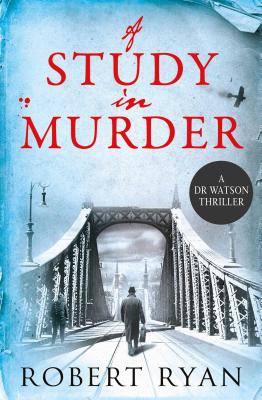 A Study in Murder

An exciting Dr. Watson thriller perfect for all fans of Sherlock.

The year is 1917, and Dr. John Watson is held in a notorious POW camp deep in Germany to offer medical assistance to British prisoners.

With the Allied blockade, food is perilously scarce, and when a new prisoner is murdered everyone assumes the poor chap was killed for his Red Cross parcel.

Watson, though, isn't so sure. A creeping feeling of unease leads Watson to believe there is more to this than meets the eye. And when an escape plot is apparently uncovered in his hut and he is sent to solitary confinement, he knows he has hit a nerve.

If Watson is to uncover the heinous crimes that have occurred at the camp, he must escape before he is silenced for good. All he needs is some long-distance help from his old friend, Sherlock Holmes…

Robert Ryan is an author, journalist and screenwriter who regularly contributes to GQ and the Sunday Times where he was Deputy Travel Editor for seven years. Ryan is currently working on his next novel and a variety of television projects. Find out more at RobTRyan.com and follow him on Twitter @robtryan.
Loading...
or
Not Currently Available for Direct Purchase