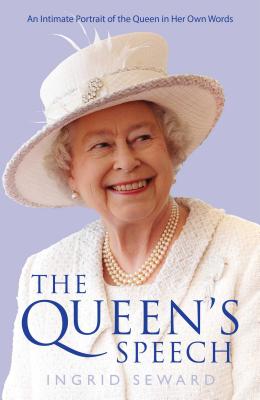 An Intimate Portrait of the Queen in her Own Words

On 9 September 2015, Queen Elizabeth II will become the longest-serving monarch in British history. During her 63 years on the throne, few have got to know her well, but there is one body of work that sheds new light on her thoughts, personality and the issues that really concern her: the Queen's own speeches. For many years, the Queen's Christmas address was the most-watched programme on television on Christmas Day, and millions still tune in to hear what she has to say.

Now, in this wonderful, intimate portrait of Her Majesty, Ingrid Seward uses the Queen's speeches as a starting point to provide a revealing insight into the character of the woman who has reigned over us since the days when Churchill was prime minister. Starting with her first ever broadcast, in December 1940, when the teenaged Princess Elizabeth addressed a wartorn nation, right through the annus horribilis, and on into the 21st century, the book highlights the most important moments in her life and how she has responded to them.

Based on in-depth research and interviews with many of those who know the Queen best, this book sheds new light on the life and career of our monarch. Renowned as one of the most authoritative writers on royal matters, Ingrid Seward, the editor of Majestymagazine, has written a charming and fascinating portrait that will be cherished by all who read it.

Ingrid Seward is the editor-in-chief of Majesty magazine, and one of the most prominent and respected writers on the British royal family, with more than a dozen books on the subject to her credit, including The Queen's Speech and My Husband and I. For the last thirty years, she has regularly appeared on television and radio to offer her expert insights on the royal family.
Loading...
or
Not Currently Available for Direct Purchase