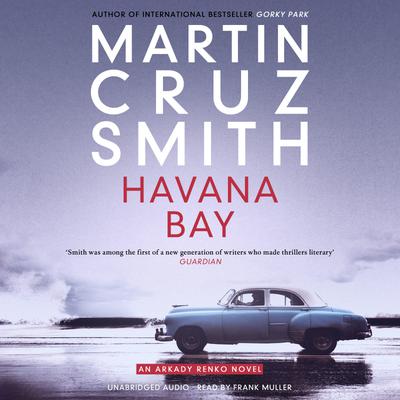 Don't miss the latest book in the Arkady Renko series, THE SIBERIAN DILEMMA by Martin Cruz Smith, ‘the master of the international thriller’ (New York Times) – available to order now!

'Makes tension rise through the page like a shark's fin’ Independent
***
Former Inspector for the Moscow Militsiya, Arkady Renko, is summoned to Cuba to identify a liquefying corpse, dragged from the oily waters of Havana Bay. Renko finds himself in a decaying country, the final recess of Communism - a place where Russia is despised, exotic rituals take precedence and unexpected danger meets bewildering contradictions. After a harrowing experience that has left Renko on the verge of suicide, this new mystery leads him on a trail of deceit that reaches international proportions, and gives him a reason to relish his own life again.

‘Cleverly and intelligently told, The Girl from Venice is a truly riveting tale of love, mystery and rampant danger. I loved it’  Kate Furnivall, author of The Liberation

‘Smith not only constructs grittily realistic plots, he also has a gift for characterisation of which most thriller writers can only dream' Mail on Sunday