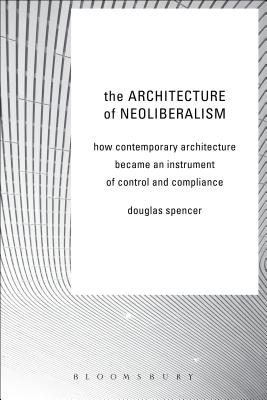 The Architecture of Neoliberalism (Hardcover)

The Architecture of Neoliberalism pursues an uncompromising critique of the neoliberal turn in contemporary architecture. This book reveals how a self-styled parametric and post-critical architecture serves mechanisms of control and compliance while promoting itself, at the same time, as progressive. Spencer's incisive analysis of the architecture and writings of figures such as Zaha Hadid, Patrik Schumacher, Rem Koolhaas, Greg Lynn and Alejandro Zaera-Polo shows them to be in thrall to the same notions of liberty as are propounded in neoliberal thought.
Analysing architectural projects in the fields of education, consumption and labour, The Architecture of Neoliberalism examines the part played by contemporary architecture in refashioning human subjects into the compliant figures - student-entrepreneurs, citizen-consumers and team-workers - requisite to the universal implementation of a form of existence devoted to market imperatives.

Douglas Spencer teaches and writes on critical theories of architecture, landscape and urbanism. A regular contributor to Radical Philosophy, he has also written chapters for collections such as Architecture Against the Post-Political (2014), Landscape and Agency (2016) and This Thing Called Theory (2016). He has published numerous essays in journals such The Journal of Architecture, AD, AA Files, New Geographies, Volume and Praznine. He teaches at the AA's Graduate School of Design at the Architectural Association and at the University of Westminster, London.
or support indie stores by buying on
Copyright © 2020 American Booksellers Association