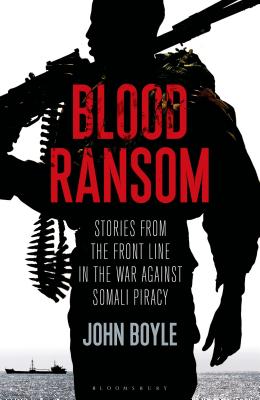 Stories from the Front Line in the War against Somali Piracy

For the first time in history, the navies of the world have united against a common enemy--a couple of thousand rag-tag, underfed men and boys in the western Indian Ocean. Crammed into open boats and armed with ancient AK-47s, they range up to a thousand miles from home shores in Somalia. No one knows how many die at sea. But occasionally they hit the jackpot, seizing vessels and crews to be ransomed for millions of dollars. This is a war that's estimated to have cost the world economy as much as eighteen billion dollars in a single year.

Lawyer turned award-winning filmmaker John Boyle takes us with him in this investigation into modern-day piracy. We meet all those involved--from pirates to presidents, naval commanders to negotiators and heroes to hostages. He addresses why these young men are choosing to risk their lives and freedom; the reality of life as a pirate; the defense tactics used by the international navies and shipping vessels; and what happens next . . .

John Boyle studied at Oxford and then went on to set up his own legal firm, selling it after fifteen years to focus on documentary film production. Over the following twenty-five years, he filmed and produced over thirty documentaries, which have sold worldwide via National Geographic. Current projects include an underwater series in Mexico and documentaries in Indonesia and Cuba.

Praise For Blood Ransom: Stories from the Front Line in the War against Somali Piracy…

“An eye-opening look at what would seem a localized phenomenon but that has implications for developed-developing world encounters generally.” —Kirkus

“Filmmaker Boyle attempts to unravel the complicated circumstances surrounding the sea-going scourge of Somali piracy in this intriguing study . . . [its] thorough analysis is enlightening.” —Publishers Weekly

“Blood Ransom is the sad truth of a nation left behind by the world, a story of human greed and profiteering, a story of struggle for existence that mutates into a life of crime.” —Gopal's Book Shelf blog