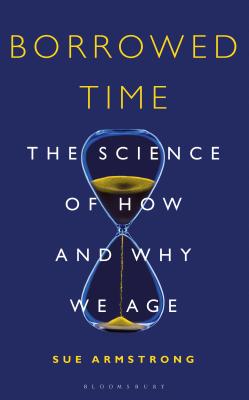 The Science of How and Why We Age

The question of how and why organisms age has teased scientists for centuries. There are myriad competing theories, from the idea that aging is a simple wear and tear process, like the rusting of a car, to the belief that aging and death are genetically programmed and controlled. In fact, there is no clearly defined limit to life, and no single, predictable program playing itself out: different things are happening within and between tissues, and each system or organ accumulates damage at its own pace, according to the kind of insults imposed on it by daily living.

Sometime before 2020, the number of people over sixty-five worldwide will, for the first time, be greater than the number of 0-4 year olds; and by 2050 there are likely to be 2.5 times as many older people in the world as toddlers. Sue Armstrong tells the story of society's quest to understand aging through the eyes of the scientists themselves, as well as through the "ordinary" people who exemplify the mysteries of ageing--from those who suffer from the premature aging condition, Hutchinson-Gilford syndrome, to people still running marathons in their 80s.

Borrowed Time will investigate such mind-boggling experiments as transfusing young blood into old rodents, and research into transplanting the first human head, among many others. It will explore where science is taking us and what issues are being raised from a psychological, philosophical and ethical perspective, through interviews with, and profiles of, key scientists in the field and the people who represent interesting and important aspects of aging.


Praise For Borrowed Time: The Science of How and Why We Age…

“As a seventy-five-year-old man I felt oddly rejuvenated by this book. Try it yourself!” —Professor Steve Jones

“Sue Armstrong's book humanely tackles ageing in a way that is grounded, philosophical and makes the most complex science accessible to lay people like me. While not dangling false hopes of innovatory medical cures, it is full of hope about the strides being made in gerontology and pharmacology. And while I may be getting older, the vigour of this book is life-enhancing.” —Claire Fox, Director of the Academy of Ideas and panellist on BBC Radio 4's The Moral Maze

“Authoritative, comprehensible and fun to read. The book ageing research has been waiting for.” —Richard Faragher, Professor of Biogerontology at the University of Brighton

“Borrowed Time gives a wonderful overview of the fast-evolving science of longevity. I thoroughly recommend this book as a primer on what will become a key industry in the next two decades or so.” —Jim Mellon, Chairman, Juvenescence Ltd.

Sue Armstrong is a science writer and broadcaster based in Edinburgh. She has worked for a variety of media organisations, including New Scientist, and since the 1980s has undertaken regular assignments for the World Health Organization (WHO) and UNAIDS, writing about women's health issues and the AIDS pandemic, among many other topics, and reporting from the frontline in countries as diverse as Haiti, Papua New Guinea, Uganda, Thailand, Namibia and Serbia. Sue has been involved, as presenter, writer and researcher, in several major documentaries for BBC Radio 4; programmes have focused on the biology of ageing, and of drug addiction, alcoholism, obesity, AIDS, CJD, cancer and stress. Her previous book was p53: The Gene that Cracked the Cancer Code, also published with Bloomsbury Sigma. It has been highly commended by the BMA Book Award.
or support indie stores by buying on