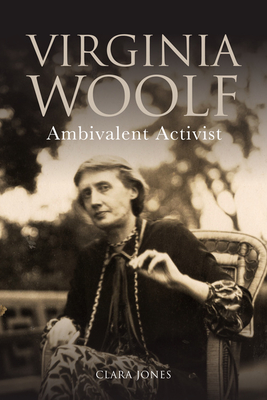 Rescues the particularities of Virginia Woolf's political and social participation, tracing her career as an activist across forty-five years

Clara Jones re-reads Woolf's fiction and non-fiction in light of her examination of the details of Woolf's involvement with Morley College, the People's Suffrage Federation, the Women's Co-operative Guild and the National Federation of Women's Institutes. Drawing on extensive archival research into these organisations, Jones also positions Woolf's activism with regard to the institutional contexts in which she worked. Virginia Woolf: Ambivalent Activist demonstrates the degree to which Woolf was sensitive to the internal politics and conflicts of the bodies she was associated with and the ways in which she interrogated her ambivalent attitudes towards her activism throughout her literary career.

Focusing on texts that represent the range of Woolf's literary output, this book includes essays, unpublished sketches, Woolf's social realist 1919 novel Night and Day, and her final, visionary novel Between the Acts. This approach to Woolf's writing takes an integrated view, incorporating her juvenilia and foregrounding Woolf's critically neglected early novels. Rather than offering readings of Woolf's well-known 'political' works, Jones instead uncovers the unexpected ways in which Woolf's activism made its way into unlikely texts.

Includes two new transcriptions of material by Woolf: the 'Report on Teaching at Morley College' ('Morley Sketch') and the 'Cook Sketch' Provides insights into the histories of neglected institutions through accounts of Woolf's activism Explores a range of texts, reading across genres with an alertness to class and gender politics in each case

Dr Clara Jones is currently Lecturer in Modern Literature at King's College London. She has published several peer-reviewed articles on Virginia Woolf.
Loading...
or
Not Currently Available for Direct Purchase