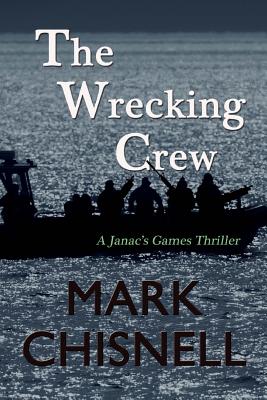 How many lives will you sacrifice to save the one you love? Drug baron Janac has turned to piracy to fund his battle for control of the Australian narcotics trade. When he attacks the MV Shawould on an evil night in the South China Sea, it seems he has also found the perfect victim for his psychotic games. Phil Hamnet and his wife Anna are sharing a last voyage on the Shawould before the arrival of their twins. Hamnet escapes Janac's attack, but Anna is taken and held hostage to ensure first his silence and then his cooperation. But when Janac's rogue ex-Special Forces crew attack more ships and men start dying, Hamnet has to decide if he can continue to sacrifice the lives of unknown sailors to save the woman he loves. It's an awful decision for anyone to have to make, but for a man who's already had the same dilemma - in a lifeboat, adrift in the vastness of the Pacific Ocean - it's a living nightmare. Janac's first appearance was in the suspense thriller The Defector - a #1 Thriller on Amazon.co.uk and Amazon.de. This is what people said about the HarperCollins paperback edition: A real ripping yarn... begging to be made into an all-action film.' Qantas in-flight magazine It's a great escapist yarn with Janac a really nasty villain who gives Hamnet untold grief. I enjoyed this one.' Hawkes Bay Today 'I found it impossible to put down.' Boating New Zealand.

Mark Chisnell has written 16 books, they've been translated into five languages and topped sales and download charts in the USA, UK, Germany, Italy and Spain. Mark writes suspense and mystery thrillers, technical books on the art and science of racing sailboats, along with non-fiction books and journalism on travel, sport and technology for some of the world's leading magazines and newspapers, including Esquire and the Guardian. Mark began his writing with travel stories, while hitch-hiking around the world. He got a job sweeping up and making tea with the British America's Cup team in Australia in 1987 to earn the money to get home. He worked his way onto the boat as navigator and has sailed and worked with six more America's Cup teams since then. He's also won three World Championships in sailing, and currently runs the Technical Innovation Group at Land Rover BAR, Sir Ben Ainslie's British America's Cup team. Mark now lives by a river in the UK with his wife, two young sons and a dog - whenever he gets a couple of minutes peace he can usually be found reading a Jack Reacher novel, or the latest from Michael Lewis or Malcolm Gladwell.
Loading...
or support indie stores by buying on