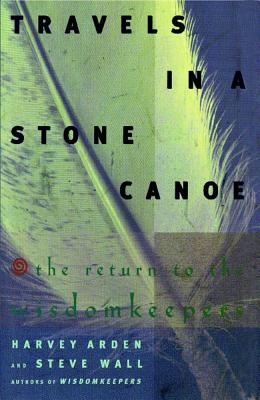 Travels In A Stone Canoe (Paperback)

The Return of the Wisdomkeepers

Harvey Arden, retired senior writer for National Geographic, produced some of the magazine's most memorable stories during his tenure. Several of his articles have been reprinted in Reader's Digest.

Steve Wall, a documentary photographer, has worked in more than forty countries, primarily for National Geographic magazine and books. His work has been featured in the United States and international publications and exhibited in galleries, museums, and collections in more than eight countries, including The International Center of Photography in New York and the Gallery of the Union of Artists in Moscow, Russia.

Praise For Travels In A Stone Canoe: The Return of the Wisdomkeepers…

Dennis Banks I had enjoyed Arden and Wall's Wisdomkeepers, so something else by these two, I thought, would be just as good. Travels in a Stone Canoe, however, exceeds my expectations. It's not just another book by whites about "the poor" Indians. It's almost a reversal work -- as if it were the story of two whites by Indians! Their trip took me along with them. I wished I were on the Stone Canoe myself.

Whoopi Goldberg Once again, into the world with Steve and Harvey, and once again they return with a message we all can understand and be part of. But will we? These two say, "Try."