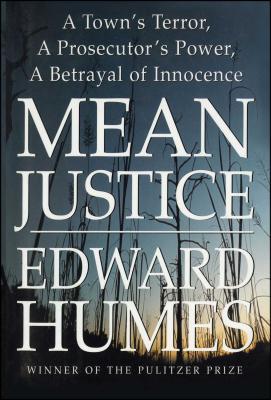 A Town's Terror, a Prosecutor's Power, a Betrayal of Innocence

Besieged by murder, rape, and the most vile conspiracies, the all-American town of Bakersfield, California, found its saviors in a band of bold and savvy prosecutors who stepped in to create one of the toughest anti-crime communities in the nation. There was only one problem: many of those who were arrested, tried, and imprisoned were innocent citizens.

In a work as taut and exciting as a suspense novel, Pulitzer Prize-winning author and journalist Edward Humes embarks on a chilling journey to the dark side of the justice system. He reveals the powerful true story of retired high-school principal Pat Dunn's battle to prove his innocence. And how Dunn, prosecuted for killing his wife to inherit her millions, was the victim of a case tainted by hidden witnesses, concealed evidence, and behind-the-scenes lobbying by powerful politicians.

Even more disturbing, Humes demonstrates how the mean justice dispensed in Bakersfield is part of a growing national trend in which innocence has become the unintended casualty of today's war on crime. American cities are enjoying their lowest crime rates in decades. But at what price? Mean Justice provides answers both compelling and frightening.


Praise For Mean Justice: A Town's Terror, a Prosecutor's Power, a Betrayal of Innocence…

San Diego Union-Tribune A wonderfully reported and written indictment of America's law-and-order mentality that in some places has gone berserk.

Los Angeles Times This is the same seamless, honest, and also lyrical writing that earned Humes a Pulitzer Prize.