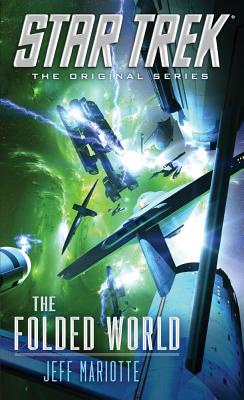 En route to a diplomatic mission, the U.S.S. Enterprise receives a distress call from the U.S.S. McRaven. As the Enterprise approaches the area where the McRaven appears to be, Captain James T. Kirk and his crew encounter an anomaly unlike anything they’ve ever experienced. Space itself seems inconsistent here . . . warping, changing appearance. But during the brief periods of calm, the McRaven is located along with other ships of various origins—all dead in space and devoid of any life forms, all tightly surrounding and being held in place by an enormous unidentified vessel that appears to have been drifting for a millennium. As incredible and impossible as it seems, this anomaly is something that can only be described as a dimensional fold, a place where the various dimensions that science has identified—and the ones it cannot yet name—have folded in on one another, and the normal rules of time and space no longer apply. . . .