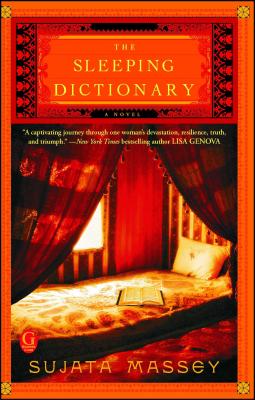 From an award-winning novelist, a stunning portrait of late Raj India—a sweeping saga and a love story set against a background of huge political and cultural upheaval.

YOU ASK FOR MY NAME, THE REAL ONE, AND I CANNOT TELL. IT IS NOT FOR LACK OF EFFORT.

In 1930, a great ocean wave blots out a Bengali village, leaving only one survivor, a young girl. As a maidservant in a British boarding school, Pom is renamed Sarah and discovers her gift for languages. Her private dreams almost die when she arrives in Kharagpur and is recruited into a secretive, decadent world. Eventually, she lands in Calcutta, renames herself Kamala, and creates a new life rich in books and friends. But although success and even love seem within reach, she remains trapped by what she is . . . and is not. As India struggles to throw off imperial rule, Kamala uses her hard-won skills—for secrecy, languages, and reading the unspoken gestures of those around her—to fight for her country’s freedom and her own happiness.

Sujata Massey is an Edgar and Anthony and Mary Higgins Clark Award nominee and winner of the Agatha and the Macavity Award for her ten Rei Shimura mystery novels set in Japan. Born in England to an Indian father and a German mother, Sujata Massey grew up mostly in the United States and earned her BA from the Johns Hopkins University’s Writing Seminars program. She then worked as a reporter at The Baltimore Sun before marrying and moving to Japan. She now lives in Baltimore with her husband and children.


Praise For The Sleeping Dictionary…

“Trapped by her past and uncertain of her future, the peasant girl Kamala’s journey toward independence—personal and political—unfolds in this riveting historical novel.The award-winning author of the Rei Shimura mysteries turns to 1930s–40s India,with the British in control of the colony as Gandhi and others fight for freedom. The setting gives new life to the familiar story of an orphan girl struggling to make her way in a cruel world. Clever Kamala is front and center throughout, as Massey builds her coming-of-age tale around India as it moves toward independence, effectively combining personal narrative with the grandeur of a sweeping historical epic. The characters are easily categorized, but deft storytelling prevents them from being predictable. The book is also notable for its detail-driven depiction of the limitations imposed by caste and colonization. The Sleeping Dictionary, an utterly engrossing tale of love, espionage, betrayal, and survival, is historical fiction at its best,accessible to all audiences."
— Booklist

"The Sleeping Dictionary is the book that Sujata Massey was meant to write -- an ambitious story of suspense and love and identity, rendered in lush, captivating language. To read it is to step into a fast-moving time machine that delivers us to places and events that  will be new to many readers. An exciting, bold work."
— Laura Lippman, New York Times bestselling author of And When She Was Good

"Sujata Massey has created a marvelous multi-named, warm-blooded heroine who is strong willed and loving; smart and cunning; charming and intelligent; naive yet worldy. Sujata masterfully weaves her heroine's life with India's struggle and fight for freedom and gives us an elegant piece of Indian history wrapped beautifully in Pom's story."
— Amulya Malladi, author of The Mango Season

“The broad scope in years and decades, history and politics of Massey’s saga will remind readers of Mitchner, Uris, and Clavell. Readers may think of a sleeping dictionary as a mistress who teaches her master the customs and language of the country, but such is not the case with Massey’s heroine, who eloquently, slowly, and sometimes painstakingly relates her journey from child to revolutionary and lover. There is sadness, tragedy, joy, love and triumph—everything saga readers enjoy.”
— Romantic Times
or
Buy Here
Copyright © 2020 American Booksellers Association