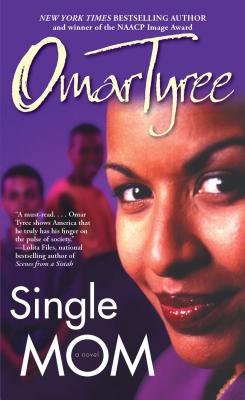 Now available in mass market, the compelling novel from bestselling author Omar Tyree about the face-off of three men grappling with fatherhood and one single mother of striking character and independence.

After more than ten years of successfully raising two sons on her own, Denise Stewart finds herself involved with both of their fathers while also beginning a relationship with a new man. Jimmie, the father of her eldest, suddenly wants a major role in his son’s life after learning that the teenager is a top basketball prospect. Walter, the father of Denise’s younger son, returns from the historic Million Man March in Washington intent on gaining custody and determined to assume full-time responsibility for his son instead of for just two weekends out of each month. And then there’s Brock, the truck driver who is falling in love with Denise but is uncertain whether he wants the burden of a ready-made family.

New York Times bestselling author Omar Tyree delivers a compelling and powerfully true-to-life family drama “for all those who understand and, most importantly, don’t understand the plight of the single mother” (Lolita Files).

New York Times bestselling author Omar Tyree is the winner of the 2001 NAACP Image Award for Outstanding Literary Work—Fiction, and the 2006 Phillis Wheatley Literary Award for Body of Work in Urban Fiction. He has published more than twenty books on African American people and culture, including five New York Times bestselling novels. He is a popular national speaker, and a strong advocate of urban literacy. Born and raised in Philadelphia, he lives in Charlotte, North Carolina. Learn more at OmarTyree.com.
Loading...
or
Not Currently Available for Direct Purchase