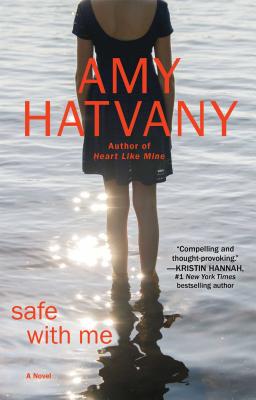 A compelling and thought-provoking (Kristin Hannah) novel about two mothers and one daughter who are linked by tragedy and bound by secrets, from the acclaimed author of Heart Like Mine. The screech of tires brought Hannah Scott's world as she knew it to a devastating end. A year after she signed the papers to donate her daughter's organs, Hannah is still reeling with grief when she unexpectedly stumbles into the life of the Bell family, whose fifteen-year-old daughter, Maddie, survived only because Hannah's daughter had died. Mesmerized by this fragile connection to her own daughter and afraid to reveal who she actually is, Hannah develops a surprising friendship with Maddie's mother, Olivia. The Bells, however, have problems of their own. Once on the verge of leaving her wealthy but abusive husband, Olivia now finds herself bound to him in the wake of the transplant that saved their daughter's life. Meanwhile, Maddie, tired of the limits her poor health puts upon her and fearful of her father's increasing rage, regularly escapes into the one place where she can be anyone she wants: the Internet. But when she is finally healthy enough to return to school, the real world proves to be just as complicated as the isolated bubble she had been so eager to escape. A masterful narrative shaped by nuanced characters whose delicate bonds are on a collision course with the truth, Safe with Me is a riveting triumph.

Amy Hatvany is the author of nine novels, including It Happens All the Time, Somewhere Out There, and A Casual Encounter. She lives in Seattle, Washington with her famil

Consider the title of the novel, and the idea of safety—both of a physical and emotional nature—in the story. Who is keeping whom safe in this book?

If you had been in Hannah’s position, do you think you could have donated your child’s organs? Why or why not?

Did Olivia and James’s relationship change how you viewed domestic abuse? Does Olivia match your vision of an abuse victim?

What is the book saying about the relationship between one’s physical exterior and their emotional and psycho- logical state? How does each character try to project an outward appearance that is different from their internal feelings?

Read the novel’s epigraph as a group. What does the concept of destiny, or fate, mean to you?

Olivia has many reasons for not leaving James, not the least of which are financial. Consider the power dynamics at play in their marriage. How does James make Olivia feel helpless—and how does he also make her feel special?

Dishonesty is a theme throughout the novel. Do you think that there are degrees of dishonesty? For example, is there a difference between fabricating a story and obscuring the truth? What qualifies as lying? And is dishonesty that has good intentions more excusable?

Turn to page 177, and as a group, read the scene where James brings Olivia breakfast in bed. Can you empathize with Olivia’s thinking that, “even though she knows better, even though she’s been through this with him a hundred times before, Olivia can’t help but wonder if she really needs to leave him after all.”

Maddie’s experience at the mall with Hailey and her friends highlights the perils of being a teenage girl. Do you have any memories from this age that are similar? Do you think the challenges of being an adolescent girl have inherently changed?

On page 182, Olivia acknowledges that she worries some- times, “that Maddie spends so much time interacting with what other people’s imaginations have dreamed up that she’ll never learn to imagine things on her own.” For those of you who have children, do you worry about this as well?