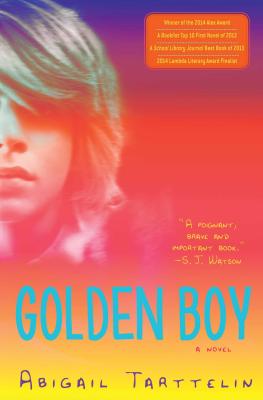 “Teens will love kindhearted Max, whose journey through adolescence is a nightmare few will experience.”
— School Library Journal (A Best Book of 2013)

Abigail Tarttelin is a writer, an actress, and the book editor for Phoenix magazine in the UK. Her novel, Golden Boy, received a 2014 Alex Award and was a finalist for the 2014 Lambda Literary Award. She lives in London. Find out more at AbigailTarttelin.com.
Loading...
or support indie stores by buying on