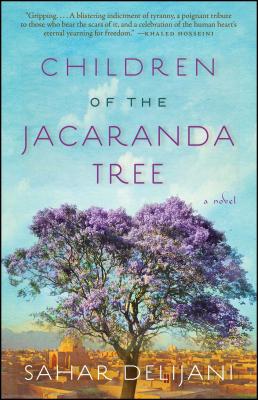 New York Times bestselling author Khaled Hosseini says, “Set in post-revolutionary Iran, Sahar Delijani’s gripping novel is a blistering indictment of tyranny, a poignant tribute to those who bear the scars of it, and a celebration of the human heart’s eternal yearning for freedom.”

Neda is born in Iran’s Evin Prison, where her mother is allowed to nurse her for a few months before an anonymous guard appears at the cell door one day and simply takes her away. In another part of the city, three-year-old Omid witnesses the arrests of his political activist parents from his perch at their kitchen table, yogurt dripping from his fingertips. More than twenty years after the violent, bloody purge that took place inside Tehran’s prisons, Sheida learns that her father was one of those executed, that the silent void firmly planted between her and her mother all these years was not just the sad loss that comes with death but the anguish and the horror of murder.

“Heartbreakingly heroic” (Publishers Weekly), Children of the Jacaranda Tree is an evocative portrait of three generations of men and women inspired by love and poetry, burning with idealism, chasing dreams of justice and freedom. Written in Sahar Delijani’s spellbinding prose, capturing the intimate side of revolution in a country where the weight of history is all around, it is a moving tribute to anyone who has ever answered its call.

“Delijani is exceptionally talented as a writer, and the subject matter is both compelling and timely.... [A] searing and somber slice-of-life novel, centered around children whose parents were singled out for persecution by the Iranian government... [Delijani] scores a win with her grittiness and uncompromising realism.”
— Kirkus Reviews

“The way [Delijani] describes the tensions between young people in love is extraordinary.”
— Associated Press

“Delijani's debut is full of rich characters, meticulously developed. Their authenticity draws the reader into their experiences, making it difficult to remain unaffected.... Children of the Jacaranda Tree is an enlightening look at—and a reminder of—the individual human element in the larger movements of politics and history. Given its autobiographical roots, Children of the Jacaranda Tree is an especially admirable and brave debut.”
— ShelfAwareness.com

“Children of the Jacaranda Tree is a beautifully rendered tale that reads almost like a collection of connected short stories, with characters’ perspectives and histories being unveiled as they intersect with one another.”
— BookPage

“A literary triumph.... Incredibly, Delijani manages to convey so much in her gorgeous, gripping debut novel. The result is a striking portrait of Iranian life that is as intimate and magical as the Jacaranda tree itself.”
— Bustle.com

“Delijani shows us again and again that regaining a childhood is impossible; death stories take that away. She shows that there is rarely a time for going back. Choices are made, lovers must leave, and secrets remain. The truths of the book are truths of our own lives. The hope that Delijani offers to us is that the next generation will understand the gifts and sacrifices made for them and go forward.... Children of the Jacaranda Tree is worth talking about, passing on to a friend, and re-reading for its beauty.”
— BookReporter.com

“Delijani’s extraordinary writing skills bring the horrific events of the Iranian Revolution and the resulting suffering alive for the reader.... It is as though Delijani is saying that even in the most miserable situation, we have a store of beauty inside us. All we have to do is look.”
— Bharti Kirchner, author of Tulip Season: A Mitra Basu Mystery in the Seattle Times

“This is not an 'explaining Iran to those who don’t know it' book, but something far more visceral.... A stunning debut set in the wake of the Iranian revolution.”
— The Guardian (UK)

Sahar Delijani was born in Tehran’s Evin Prison in 1983 and grew up in California, where she graduated from the University of California, Berkeley. She makes her home with her husband in Turin, Italy. Children of the Jacaranda Tree is her first novel; it has been translated into twenty-seven languages and published in more than seventy-five countries. Find out more at SaharDelijani.com/en.
Loading...
or support indie stores by buying on