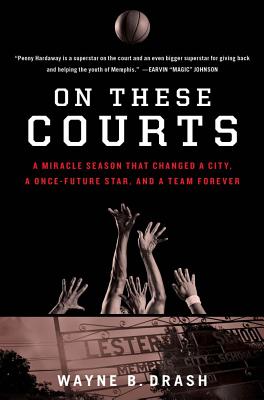 A Miracle Season that Changed a City, a Once-Future Star, and a Team Forever

The incredible true story of the NBA’s once future star, Anfernee “Penny” Hardaway, who finally fulfills his basketball promise when he takes over coaching the Lester Middle School team in the roughest section of Memphis—eventually leading the boys all the way to the state finals and earning him his first-ever championship.

Former NBA star Anfernee “Penny” Hardaway grew up in Binghampton, one of the roughest sections of Memphis. Due in no small part to the self-discipline and strong values his grandmother instilled in him, plus his singular talent, Penny beat the incredible odds and made it to the NBA. He was such a special player that it seemed inevitable that he would win at least one championship and end up in the Hall of Fame. But dogged by injuries, Penny was never able to live up to his full basketball star potential.

After retirement Penny returned to Memphis and struggled with the question most professional athletes face when their bright-lights careers come to an end: What now? The unexpected answer came from Desmond Merriweather, one of Penny’s oldest friends. Desmond had recently been diagnosed with colon cancer and needed someone to replace him as head coach of the Lester Middle School basketball team in the same dangerous neighborhood where Penny grew up. Without hesitating, Penny said, “I’m all in.”

On These Courts is the moving story of Coach Penny helping his young players navigate their way through impossible circumstances: failing grades, incarcerated fathers, gang pressures, and the crime-ridden streets of Memphis. But Penny never shied away. He selflessly provided on-the-court coaching, helped kids with homework, and became a positive role model who is committed to staying involved in their lives. But this is not just a story about Penny; the true stars are the kids on the Lester Lions team—Robert Washington, Reggie Green, Kobe Freeman, and Desmond’s own son Nick Merriweather— who rewarded Penny with his first championship season, winning the state title by one point. A penny.

A story of hope and inspiration, struggle, and triumph, On These Courts reveals the importance and power of taking a stand in a community and learning what it truly means to give back.

A portion of the proceeds from this book will be donated to Penny’s FastBreak Courts, part of Penny Hardaway’s ongoing efforts to help at-risk youth in the Memphis community.

Praise For On These Courts: A Miracle Season that Changed a City, a Once-Future Star, and a Team Forever…

“Penny is a superstar on the court and an even bigger superstar for giving back and helping the youth of Memphis."
— Earvin “Magic” Johnson

“I've known Penny Hardaway since he was 16, and even at that age you could see there was something different about this skinny, lanky kid with game out if this world. You could sense there was more to him than what he was currently being called for..... 'On these courts' gives insight to the man through the spirit of his Grandmother, friends, his hometown Memphis, and the kids (just like us) he didn't forget about!”
— Chirs Webber

"The story of former NBA star Anfernee “Penny” Hardaway’s return to the mean streets of his youth to lead a team of disadvantaged middle schoolers to basketball glory.…genuinely touching moments, and it’s always uplifting to see a wealthy superstar give more than just money to help his community."

"A feel-good story that begs for a where-are-they-now follow-up in 10 years."

“Recommended not just to NBA fans but to fans of uplifting sports stories and those who cling to the belief that social change really can be effected, even if only a little at a time.”

Wayne Drash is a staff writer and senior producer for CNN.com. He was named one of the best online writers in America by the National Headliner Awards in 2012. Drash is also a member of CNN’s award-winning teams that have brought home Peabodys, Webbys, and Emmys for breaking news and feature writing over the years.