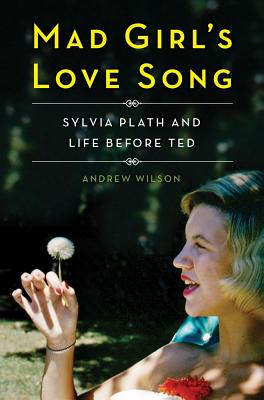 Sylvia Plath and Life Before Ted

From an award-winning author comes a groundbreaking biography of Sylvia Plath, focusing on her childhood, adolescence, and early years of writing, creating a new portrait of this iconic yet still mysterious literary legend.

A new biography of Sylvia Plath, a literary icon who continues to haunt, fascinate, and enthrall even now, fifty years after her death

On February 25 , 1956, twenty-three-year-old Sylvia Plath walked into a party and immediately spotted Ted Hughes. This encounter—now one of the most famous in all of literary history—was recorded by Plath in her journal, where she described Hughes as a “big, dark, hunky boy.” Sylvia viewed Ted as something of a colossus, and to this day his enormous shadow has obscured her life and work. The sensational aspects of the Plath-Hughes relationship have dominated the cultural landscape to such an extent that their story has taken on the resonance of a modern myth.

Before she met Ted, Plath had lived a complex, creative, and disturbing life. Her father had died when she was only eight; she had gone out with literally hundreds of men, had been unofficially engaged, had tried to commit suicide, and had written more than two hundred poems. Mad Girl’s Love Song chronicles these early years, traces the sources of her mental instability, and examines how a range of personal, economic, and societal factors—the real disquieting muses— conspired against her.

Drawing on exclusive interviews with friends and lovers who have never spoken openly about Plath before and using previously unavailable archives and papers, this is the first book to focus on the early life of the twentieth century’s most popular and enduring female poet. Mad Girl’s Love Song reclaims Sylvia Plath from the tangle of emotions associated with her relationship with Ted Hughes and reveals the origins of her unsettled and unsettling voice.

“Wilson makes a convincing case that we can learn more about Plath and the pressures that shaped her by paying attention to her “life before Ted”—the high school and college years…Wilson is able to bring this phase of Plath’s life into sharper focus than before…yield[ing] significant insights.”

“Likely to become the definitive account of Plath’s early years.”

“Wilson is insightful on Plath’s tormented attempts to forge an identity in this oppressive environment…[he] fashions riveting scenes.”

“This is a rare biography whose narrative style is artful enough that its appeal will range from those who're utterly unfamiliar with Plath's work to those who've inundated themselves in it.”

"Insightful...this portrait has much valuable new material about her early years."

"There’s a tragic ordinariness in this version of Sylvia Plath’s American girlhood—here she is, daughter, student, and lover, desperately trying to create a perfect self. Andrew Wilson’s fresh combing of the Plath archives and interviews with Plath’s classmates and boyfriends ­show how economic frustration, sexual craving, and fierce ambition shaped the poet long before she met Ted Hughes, and even longer before her suicide made her famous."
— Carol Sklenicka

“Mad Girl’s Love Song is a compelling work that makes rich use of unseen material. Wilson renders the young Plath vividly and sometimes unsettlingly present on the page.”
— Belinda McKeon

“A comprehensive pictureof a young Plath with an electric mind, a cultural omnivorousness and asinister dark side…Wilson has written what is sure to become the officialbiography of young Sylvia.”

Andrew Wilson is an award-winning journalist and author. His work has appeared in a wide variety of publications including the Guardian, the Washington Post, the Sunday Times, and the Smithsonian Magazine. He is the author of four acclaimed biographies, a book about the survivors of the Titanic, and the novels, The Lying Tongue, A Talent for Murder, A Different Kind of Evil, Death in a Desert Land.
Loading...
or
Not Currently Available for Direct Purchase