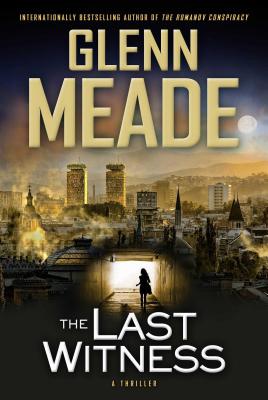 After a massacre at a Bosnian prison camp, a young girl is found alone, clutching a diary, so traumatized she can’t even speak. Twenty years later, the last witness to the prison guards’ brutal crimes must hunt down those responsible to learn what happened to her family in this fast-paced, heart-pounding thriller from the bestselling author of The Second Messiah.

Twenty years ago, after the fall of Yugoslavia, the world watched in horror as tens of thousands were killed or imprisoned in work camps during an “ethnic cleansing” in Bosnia. Carla Lane has little knowledge of what went on halfway around the world when she was a child. She is living a near perfect life in New York City, married and soon to have a family of her own. But when her husband is murdered by a group of Serbian war criminals, strange memories start coming back, and she discovers that she underwent extensive therapy as a girl to suppress her memories. She is given her mother’s diary, which reveals that she was, along with her parents and young brother, imprisoned in a war camp outside Sarajevo.

As her memories come back, it becomes clear that she is the last witness to a brutal massacre in the prison and that her brother may still be alive. She sets out to find her brother, but first she must hunt down the war criminals responsible for destroying her life. But these killers will stop at nothing to protect their anonymity and their deadly pasts...and are determined to silence the last witness to their crimes.

From the “estimable storyteller” (Kirkus Reviews) who gave us The Second Messiah, Glenn Meade serves up another captivating and nail-biting thriller that will keep you holding your breath right to the end.

Glenn Meade was born in 1957 in Finglas, Dublin. His novels have been international bestsellers, translated into more than twenty languages, and have enjoyed both critical and commercial success.