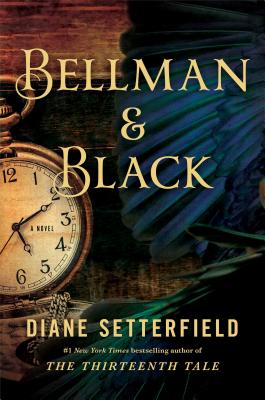 “A stone thrown, a bird killed - this single thoughtless act committed as a boy will shadow William Bellman for the rest of his life. Setterfield's atmospheric new novel follows William's seemingly charmed life through successes, marriage, and fatherhood, until the sudden appearance of a stranger in black signals a change in the trajectory of William's good fortune. With echoes of Dickens, Poe, and Grimm, Setterfield's tale offers fascinating historical details even as it raises the hairs on the back of the reader's neck.”
— Kristine Kaufman, The Snow Goose Bookstore, Stanwood, WA
View the List

“An astonishing work of genius.”—Bookreporter.com

Can one moment in time haunt you forever?

From the instant #1 New York Times bestselling author of The Thirteenth Tale comes a “poetic and mysterious” (Booklist) story that will haunt you to your very core.

Caught up in a moment of boyhood competition, William Bellman recklessly aims his slingshot at a rook resting on a branch, killing the bird instantly. It is a small but cruel act, and is soon forgotten. By the time he is grown, with a wife and children of his own, William seems to have put the whole incident behind him. It was as if he never killed the thing at all. But rooks don’t forget…

Years later, when a stranger mysteriously enters William’s life, his fortunes begin to turn—and the terrible and unforeseen consequences of his past indiscretion take root. In a desperate bid to save the only precious thing he has left, he enters into a rather strange bargain, with an even stranger partner. Together, they found a decidedly macabre business.

And Bellman & Black is born.

Praise For Bellman & Black: A Novel…

“Setterfield is at her enchanting best. Undoubtedly one of the most amazing books I have come across this year. ”
— One Reader A Thousand Lives, blog

“Flawless… The Thirteenth Tale was an especially well-written book, [Bellman and Black] really is – as I said earlier – even better.… You will love it. YOU WILL. Easily one of the best books I’ve read this year.”
— bluestalkingjournal.wordpress.com

"An astonishing work of genius."
— Bookreporter.com

"Magically transformative . . . . Quite simply, Setterfield has done it again."
— Bookpage

"A gothic psychological study with the dark vibe of an Edgar Allen Poe tale . . . . Fans will snatch this one up."
— Library Journal (starred review)

"With echoes of Dickens, Poe, and Grimm, Setterfield's tale offers fascinating historical details even as it raises the hairs on the back of the reader's neck."
— Shelf Awareness

"Hypnotic . . . . moody, atmospheric, and lyrical. Setterfield builds the suspense so finely thta I was surprised at the tension in my body."
— The Moveable Feast

Diane Setterfield is the #1 New York Times bestselling author of The Thirteenth Tale, and a former academic, specializing in twentieth-century French literature, particularly the works of Andre Gide. She lives in Oxford, England.