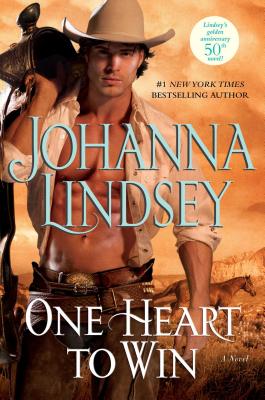 Praise For One Heart to Win…

"For her 50th romance Lindsey creates a memorable western, complete with a clan feud, ranchers, miners, and a pair of stubborn lovers who discover the value of family and trust. The secondary plot lines of old loves and dark secrets will keep readers turning the pages along with the joy of watching a young, impulsive heroine mature into a strong western woman. With that special touch of Lindsey humor and sexual tension, she wins her fans’ hearts."
— Romantic Times Book Reviews

Johanna Lindsey is world-renowned for her “mastery of historical romance” (Entertainment Weekly), with more than sixty million copies of her novels sold. She is the author of fifty-five previous national bestselling novels, many of which reached the #1 spot on the New York Times bestseller list. Lindsey lives in New Hampshire with her family.
Loading...
or
Not Currently Available for Direct Purchase