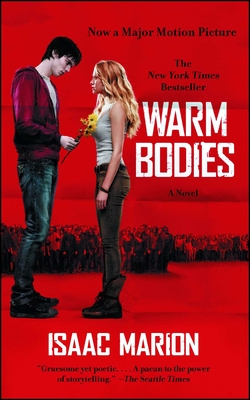 “Warm Bodies is a terrific zombook. Whether you're warm-bodied or cold-bodied, snuggle up to it with the lights low and enjoy a dead-lightful combination of horror and romance.”
— Examiner.com

“The writing is lively, the characters intriguing, and the creative reinvention of popular themes is thought-provoking.”
— Commonsensemedia.org

“Remarkable. From the very first page you are hooked on protagonist R’s story. You actually care about R. Yes, you find yourself really caring about a zombie.”
— Teenlitrocks.com

“Marion’s novel is even better [than the movie], digging deep into sardonic observations about humanity, comic takes on zombie behavior and stirring reflections on what it really means to be alive or dead.”
— Seattle Times