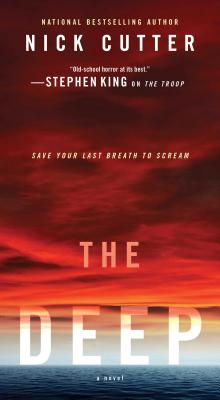 From the national bestselling author of The Troop—which Stephen King raved “scared the hell out of me and I couldn’t put it down.…old-school horror at its best”—an utterly terrifying novel that pits the mysteries of The Abyss against the horrors of The Shining.

A strange plague called the ’Gets is decimating humanity on a global scale. It causes people to forget—small things at first, like where they left their keys…then the not-so-small things like how to drive, or the letters of the alphabet. Then their bodies forget how to function involuntarily…and there is no cure. But now, far below the surface of the Pacific Ocean, deep in the Mariana Trench, an heretofore unknown substance hailed as “ambrosia”’—a universal healer, from initial reports—has been discovered. It may just be the key to eradicating the ’Gets. In order to study this phenomenon, a special research lab, the Trieste, has been built eight miles under the sea’s surface. But when the station goes incommunicado, a brave few descend through the lightless fathoms in hopes of unraveling the mysteries lurking at those crushing depths…and perhaps to encounter an evil blacker than anything one could possibly imagine.

Nick Cutter is a pseudonym for an acclaimed author of novels and short stories. He lives in Toronto, Canada.
Loading...
or
Not Currently Available for Direct Purchase