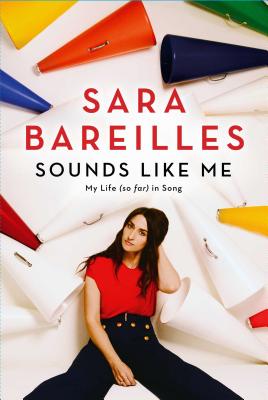 My Life (So Far) in Song

With refreshing candor, Sounds Like Me reveals Sara Bareilles, the artist—and the woman—on songwriting, soul searching, and what’s discovered along the way.

Sara Bareilles shares the joys and the struggles that come with creating great work, all while staying true to yourself. Imbued with humor and marked by Sara’s confessional writing style, this collection tells the inside story behind some of her most popular songs. Most recently known for her chart-topper “Brave,” Sara first broke through in 2007 with her multi-platinum single “Love Song.” She has released five albums that have sold 2.5 million copies and spawned several hits. More than a privileged view inside the experience of a remarkable musical talent—this is a moving tribute to the universal search for growth, healing, and self-acceptance.

Praise For Sounds Like Me: My Life (So Far) in Song…

"Sara Bareilles is one of my favorite humans, and in my opinion, one of the finest singers and pop music artists of our time... This book, like her songs, is like having a conversation with the lady herself."
— Ben Folds, from the book's foreword

"Her prose has a natural rhythm, and the stories behind each song are organically woven throughout. Fans will be more enamored, as, like Bareilles’s music, this biography resonates with authentic and hard-won truths.”
— Publishers Weekly

“A chart-topping singer/songwriter exposes ‘the inner workings of my mind and my heart’ through this intimate essay collection anchored with music and humor… Bareilles conveys her life and career in a series of heartfelt, confessional ruminations written with the passion with which she hones her musical craft, forming an entertaining and candid scrapbook chockablock with memories, lyrics, stories, and photographs… A breezy, upbeat, and honest reflection of this multitalented artist.”
— Kirkus Reviews

“Reading the book is like listening to your friend share a really good story over a long overdue coffee date—it just feels so honest.“
— StyleCaster.com

"Bareilles pours her heart and soul into these essays."
— Associated Press

Sara Bareilles is a seven-time Grammy nominated American singer-songwriter and musician. She first achieved mainstream success in 2007 with her hit single, “Love Song” and has since released five studio albums and two live DVDs to great acclaim. She composed music and wrote lyrics for the Broadway smash hit, Waitress, for which she earned a Tony Award nomination in 2016. She is also the creator and executive producer of Little Voice on Apple TV+. Bareilles currently resides in New York City.
Loading...
or
Not Currently Available for Direct Purchase