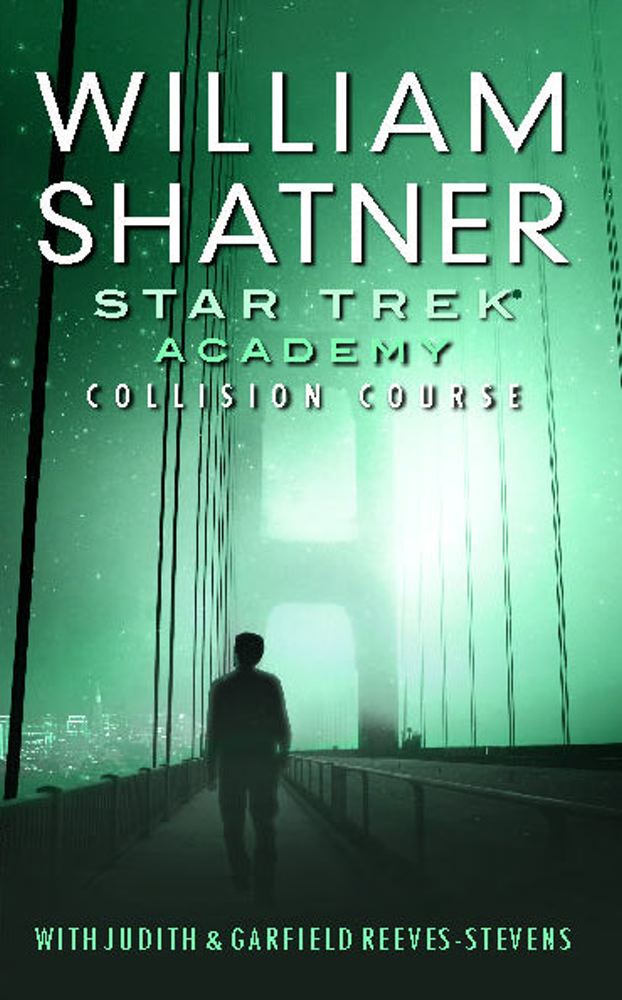 If you think you know how it all began, think again...

Young Jim Kirk wants nothing to do with Starfleet, and never wants to leave Earth. In the summer of 2249, he's a headstrong seventeen-year-old barely scraping by in San Francisco, haunted by horrific memories from his past.

In the same city, a nineteen-year-old alien named Spock is determined to rise above the emotional turmoil of his mixed-species heritage. He's determined to show his parents he has what it takes to be Vulcan -- even if it means exposing a mysterious conspiracy at the heart of the Vulcan Embassy, stretching to the farthest reaches of the Federation's borders. There, a chilling new threat has arisen to test the Federation's deepest held belief that war is a thing of the past and that a secure future can be forged through peaceful means alone. But it is in San Francisco, home to Starfleet Academy, where that threat will be met by two troubled teenage boys driven to solve the mystery that links them both.

In time, the universe will come to know these young rebels as Captain James T. Kirk and Mr. Spock...two of the Federation's greatest heroes. Yet before they were heroes, they were simply conflicted teenagers, filled with raw ambition and talent, not yet seasoned by wisdom and experience, searching for their own unique directions in life -- a destiny they'll discover on one fateful night in San Francisco, when two lives collide, and two legends are born.

Star Trek: Academy -- Collision Course sets the stage for an exciting new era of Star Trek adventure, and for the first time reveals Kirk and Spock as they were, and how they began their journey to become the Kirk and Spock we know today.

Judith & Garfield Reeves-Stevens are the authors of more than thirty books, including numerous New York Times bestselling Star Trek novels. Their newest novel of suspense, Freefall, is a follow-up to their Los Angeles Times bestseller, Icefire, and is set against the political intrigue and historical conspiracy surrounding the next race to the Moon. In keeping with their interest in both the reality of space exploration and the science fiction that helps inspire it, in 2003 Judith and Garfield were invited to join a NASA Space Policy Workshop for the development of NASA's new goals as put forth in the agency's 2004 Vision for Space Exploration. Then, for the 2004 television season, the couple joined the writing staff of Star Trek: Enterprise as executive story editors. For more information, please visit Reeves-Stevens.com.
or support indie stores by buying on
Copyright © 2020 American Booksellers Association