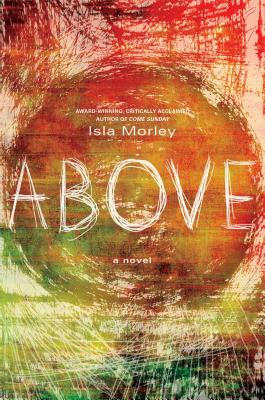 In the bestselling vein of Room and The Lovely Bones, a stunning and harrowing novel about a Kansas teenager who is abducted and locked away in an abandoned missile silo by a survivalist who believes he is saving her from the impending destruction of the world.

I am a secret no one is able to tell.

Blythe Hallowell is sixteen when she is abducted by a survivalist and locked away in an aban­doned missile silo in Eudora, Kansas. At first, she focuses frantically on finding a way out, until the harrowing truth of her new existence settles in—the crushing loneliness, the terrifying madness of a captor who believes he is saving her from the end of the world, and the persistent temptation to give up. But nothing prepares Blythe for the burden of raising a child in confinement. Deter­mined to give the boy everything she has lost, she pushes aside the truth about a world he may never see for a myth that just might give mean­ing to their lives below ground. Years later, their lives are ambushed by an event at once promis­ing and devastating. As Blythe’s dream of going home hangs in the balance, she faces the ultimate choice—between survival and freedom.

“Morley tells a compelling story that builds suspense…a true page-turner. Half abduction story half dystopianfiction, this novel will appeal to fans of both.”
— Library Journal

“Morley crafts a menacingly sinister tale of imprisonment and eerily inventive story of survival that will appeal to fans of riveting psychological suspense and cut-throat dystopian fiction.”
— Booklist

“A compelling tale of survival, reinvention, and hope. . . . Vivid and poignant.”
— The Boston Globe

“A poignant, read-in-one-sitting tale . . . [that] firmly establishes Morley in the pantheon of such insightful authors as Chris Bohjalian, Sue Miller, and Anita Shreve.”
— Booklist

“What do you get when you mix the claustrophobia of Room with the psychological suspense of Before I Go to Sleep and a dash of The Road? Perhaps something that approximates Isla Morley’s suspenseful second novel, Above.”
— Bookpage,The Book Case Blog

Isla Morley grew up in South Africa during apartheid, the child of a British father and fourth-generation South African mother. She now lives in Los Angeles with her husband (a minister) and daughter and an assortment of animals. Her debut novel, Come Sunday, was awarded the Janet Heidinger Kafka Prize for Fiction in 2009 and was a finalist for the Commonwealth Prize. It has been translated into seven languages.
Loading...
or
Not Currently Available for Direct Purchase