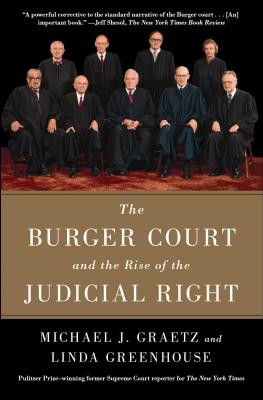 The Burger Court and the Rise of the Judicial Right (Paperback)

“This revelatory book resets how we think about the Constitution and the Supreme Court that interprets it. The Court led by Chief Justice Warren Burger is often seen as an afterthought, wedged between the Warren Court and the hard right Justices today. In fact the 1970s and 1980s set the pattern for decades of American life, on topics from campaign finance to presidential power to criminal law. With clarity and insight, Michael Graetz and Linda Greenhouse show how the often jumbled doctrines of that time helped produce the America of today.”
— Michael Waldman, President, Brennan Center for Justice at NYU School of Law and author of The Fight to Vote
or
Buy Here
Copyright © 2020 American Booksellers Association