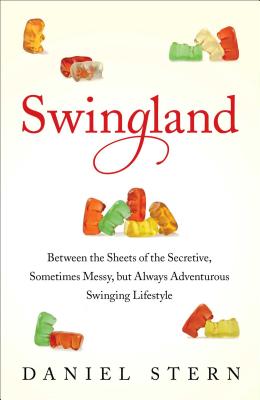 Between the Sheets of the Secretive, Sometimes Messy, but Always Adventurous Swinging Lifestyle

The wryly amusing and revealing story of one man’s journey into the swinger lifestyle that pulls back the curtain on one of the most fascinating—and least understood—subcultures in the nation.

Once confined to suburban key parties and private clubs, “swinging” has transformed, via the Internet, into a free-for-all. Today only a few mouse clicks locates your perfect couple (or couples), far easier and less riskily than ever before (no worrying about running into them at PT A meetings). There are plenty of bumps and bruises along the way for Stern, including countless rejections, missed opportunities, and one particular AARP orgy. But slowly and surely, through an impressive series of threesomes, foursomes, and moresomes, this “Vanilla” newbie becomes a much sought-after partner for couples looking to spice up their relationships. During his exploits, he learns a whole new lexicon (there aren’t many single women swingers, or “Unicorns,” but plenty of MFMs, FMFs, MFMFs, and GBs), as well as invaluable advice (be honest, open, and know your limits).

But Swingland is much more than a titillating exposé. Stern’s wit and infectious enthusiasm make Swingland as improbably safe as it is fun—and impossible to put down. All are welcome, but bring flip-flops (it can get messy).

Praise For Swingland: Between the Sheets of the Secretive, Sometimes Messy, but Always Adventurous Swinging Lifestyle…

"Transcends most of the usual boundaries of sexuality.…Leaves the vanilla world behind."

“Daniel Stern's Swingland is brave, funny, eye-opening, entertaining and well-written . . . everything one could ask, really, of a book about sex. But for all its titillations, Swingland is also something more rare: it is humane, and vulnerable. The book is a genuine delight.”
— Matthew Specktor, author of American Dream Machine

"SWINGLAND is a seductive story about a mysterious subculture, but ultimately, it's about transformation and one man's search for his own naked truth."

Daniel Stern is director of operations at an entrepreneurial company, a screenwriter who placed in the top four in Project Greenlight, and was a Sundance Lab screenwriting finalist. He lives in Los Angeles.
Loading...
or
Not Currently Available for Direct Purchase