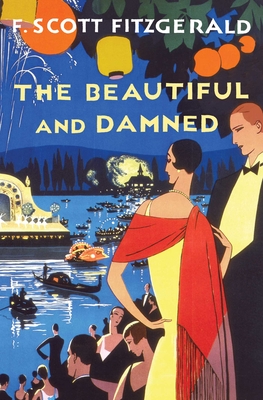 The Beautiful and Damned (Paperback)

The Beautiful and Damned is the story of Anthony Patch and his wife, Gloria. Harvard-educated and an aspiring aesthete, Patch is waiting for his inheritance upon his grandfather’s death. His reckless marriage to Gloria is fueled by alcohol and destroyed by greed. The Patches race through a series of alcohol-induced fiascoes——first in hilarity, then in despair. The Beautiful and Damned, a devastating portrait of the nouveaux riches, New York nightlife, reckless ambition, and squandered talent, was published in 1922 on the heels of Fitzgerald’s first novel, This Side of Paradise. It signaled his maturity as a storyteller and confirmed his enormous talent as a novelist.

F. Scott Fitzgerald was born in St. Paul, Minnesota, in 1896. He attended Princeton University, joined the United States Army during World War I, and published his first novel, This Side of Paradise, in 1920. That same year he married Zelda Sayre and for the next decade the couple lived in New York, Paris, and on the Riviera. Fitzgerald’s novels include The Beautiful and Damned, The Great Gatsby, and Tender Is the Night. He died at the age of forty-four while working on The Last Tycoon. Fitzgerald’s fiction has secured his reputation as one of the most important American writers of the 20th century.
or
Buy Here
Copyright © 2020 American Booksellers Association