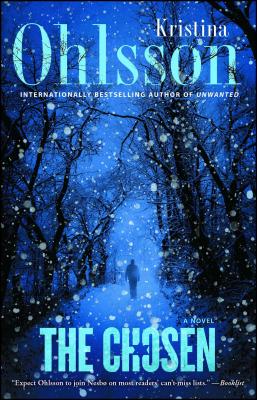 A Novel (The Fredrika Bergman Series #5)

On a cold winter’s day, a pre-school teacher is shot to death in front of parents and children at the Jewish Congregation in Stockholm. Just a few hours later, two Jewish boys go missing on their way to tennis practice, and an unexpected blizzard destroys any trace of the perpetrator.

Investigative analyst Fredrika Bergman and police superintendent Alex Recht face their toughest challenge ever on the hunt for a killer as merciless as he is effective. As they struggle to pin down a lead, someone or something called the Paper Boy—a mysterious old Israeli legend of a nighttime killer—keeps popping up in the police investigation. But who was the Paper Boy really? And how could he have resurfaced in Stockholm? It is up to Fredrika to track down the elusive murderer before he claims his next victim.

Praise For The Chosen: A Novel (The Fredrika Bergman Series #5)…

“Ohlsson [has a] knack for building surprises.”
— Kirkus Reviews

“Ohlsson should be added to reading lists that include other Scandinavian suspense authors, such as Jo Nesbo.”
— City Book Review

"Hostage is Hollywood blockbuster-material... You'll finish it in one gulp."
— Metro (UK)

"No one creates intrigues like she does. It is simply brilliant."

"The writing is tense, dense, and very atmospheric. The stories are sharp and impossible to forget. Kristina Ohlsson is a true queen of Scandinavian crime."
— Mons Kallentoft

"Kristina Ohlssons has managed to do what many before her have tried: to take the Swedish crime novel to a new and unexpected level."
— Arne Dahl

“This is a tense, complex story that will satisfy fans of the series and of Scandinavian crime fiction in general.”
— Booklist

“…one of her most intriguing works to date.”
— Bookreporter.com

“Twists and turns keep the adrenaline pumping in this sleeper series that will keep you on the edge of your seat.”
— The Kitsap Sun

"The Chosen is entertaining, though often heartbreaking—a fine thriller perfect for wintry weather reading."
— 20 Something Reads

Kristina Ohlsson is a political scientist and until recently held the position of Counter-Terrorism Officer at OSCE (the Organization for Security and Co-operation in Europe). She has previously worked at the Swedish Security Service, the Ministry for Foreign Affairs and the Swedish National Defense College. Kristina lives in Stockholm.