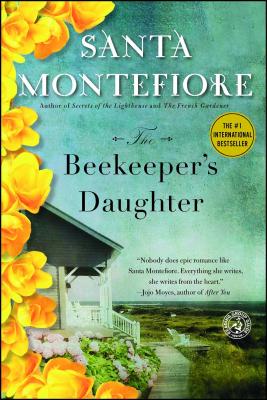 “Escapism of the highest order” (Booklist) from the #1 internationally bestselling author, her first book set in America, the story of a mother and daughter searching for love and happiness, unaware of the secrets that bind them.

England, 1932: Grace Hamblin is growing up on the beautiful estate of the Marquiss and Marchioness of Penselwood. The beekeeper’s daughter, she knows her place and her future—that is until her father dies and leaves her alone. Her childhood friend Freddie has recently become her lover, and she is thankful when they are able to marry and take over her father’s duties. But there is another man whom she just can’t shake from her thoughts…

Massachusetts, 1973: Grace’s daughter, Trixie Valentine, is in love with an unsuitable boy. Jasper Duncliffe is wild and romantic, and in a band that might be going somewhere. But when his brother dies and he is called home to England, Jasper promises to come back for Trixie one day, if only she will wait for him. Thinking Trixie is surely abandoned, Grace tries to reach out to her daughter, but Trixie brushes off her mother’s advice and comfort, sure Jasper’s love for her was real…

Both mother and daughter are searching for love and happiness, unaware of the secrets that bind them. To find what they most truly desire they must confront the secrets of the past, and unravel the lies told long ago. Set on a fictional island off the coast of Massachusetts with charming architecture, beautiful landscape, and quirky islanders, The Beekeeper’s Daughter is “a multigenerational banquet of love…one of the most engrossing reads of my year” (New York Times bestselling author Elin Hilderbrand).

Santa Montefiore’s books have been translated into more than twenty-five languages and have sold more than six million copies in England and Europe. She is married to writer Simon Sebag Montefiore. They live with their two children, Lily and Sasha, in London. Visit her at SantaMontefioreauthor.com and connect with her on Twitter @SantaMontefiore or on Instagram @santamontefioreofficial.


Praise For The Beekeeper's Daughter: A Novel…

"A multigenerational banquet of love: falling in, falling out, rediscovering, rekindling. The Beekeeper’s Daughter features sophisticated, irresistible backdrops and brilliantly drawn characters that made it one of the most engrossing reads of my year."
— Elin Hilderbrand, author of The Matchmaker

"An epic romance...exquisite...the fictional island of Tekanasset and its colorful residents come to life with each turn of the page."
— Associated Press

“Nobody does epic romance like Santa Montefiore. Everything she writes, she writes from the heart.”
— Jojo Moyes, author of The One Plus One

“Santa Montefiore is a superb storyteller…. Her plots are sensual, sensitive and complex: her characters are unforgettable life forces: her love stories are desperate yet uplifting. One laughs as much as one cries.”
— Plum Sykes, author of The Debutante Divorcee